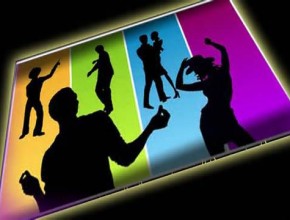 Six experts in neuroscience and cognitive psychology – Daphne Bavelier, C. Shawn Green, Doug Hyun Han, Perry F. Renshaw, Michael M. Merzenich and Douglas A. Gentile – were asked, “Does playing video games have negative effects on the brain and behavior?”  On this issue, the jury is essentially unanimous: intensive play of high-action games has been shown to have negative cognitive effects … Games with anti-social or violent content “have been shown to reduce empathy, to reduce stress associated with observing or initiating anti-social actions, and to increase confrontational and disruptive behaviors in the real world.”

Can Jesus watch, read, or listen to what you do? Would He approve? You might have thought that the Bible was silent when it came to entertainment, but that is not quite true. Let’s discover what is has to say.

1.  At what cost should we seek eternal life?

Jesus wants us to realize that what we focus on will determine our fate in the end. He concludes that it is better to give up anything that hinders your salvation.

2.  How are our characters formed?

Long ago, the Bible implied that you are changed into the image that you see or focus on. With the entertainment world feeding us a diet of violence, immorality, blasphemy and debauchery, is it any wonder then that our society is filled with same?

3.  What did Peter tell us to abstain from?

4.  What eight things should government your choice when selecting entertainment?

This is the TRUE Christian’s guide for choosing all entertainment. Solomon gives us a reason why. He says, “For as he thinketh in his heart, so is he…” (Prov. 23:7).

Conversation is used to mean lifestyle. Every aspect of the Christians must be sanctified. Paul said, “And the very God of peace sanctify you wholly” (1 Thess. 5:23).

The witty, wisecracking and insult giving character on that hit comedy show is the scorner. They are loved, emulated and made into idols. Yet, God considers them an abomination because they teach an unprofitable, useless, and thus, a pernicious lifestyle. And Jesus said, “That every idle word that men shall speak, they shall give account thereof in the day of judgment.” (Matt 12:36)

Watching television programs that teach you to laugh at other’s expense are not Christ-like since He came to save those who were often downtrodden and in need.

9.  What happens to us if we bring abominable or cursed things into our homes?

Way back in the Old Testament, God said that we become like the things we keep in the house. It might be time for some of us to clear out the garbage.

10.  What happens if we keep these cursed things?

To regard iniquity, is to hold on to what God says is bad.

11.  What did the believers do in apostolic days when they discovered that they had cursed things?

If you have something that God declare cursed, get rid of it. It is better to get into heaven without it, than to be sentenced to hell with it.

It might be time for many of us to junk some DVDs, turn off the television, change our radio station, discard some books or magazines, so that we don’t keep these cursed things any longer.

Those who love Jesus will not set wicked things before their eyes by watching entertainment that contains elements that are against His principles.

13.  What will “evil communications” corrupt?”

14.  Is it possible to disregard Jesus and be on His side?

Jesus does not leave room for neutrality. You are either wholly with Him or wholly against Him.

15.  Are you willing to follow Christ’s standards when choosing your entertainment?