The Sabbath – If you love me… 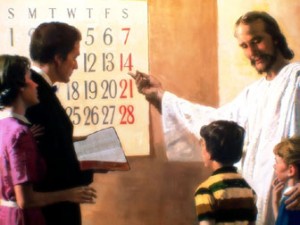 One of the strangest things that I have encountered is the belief that Adam and Eve were Jewish. Funny you say? Try asking someone about the Sabbath and they will say, “It is for the Jews.” However, when God gave it, not a single Jew was around, just Adam and Eve and neither one was Jewish. Whose Sabbath is it anyway? And who was it given for?

1.  When was the Sabbath instituted?

NOTE: The crowning act of creation was the Sabbath.

NOTE: Only the seventh day Sabbath is blessed, sanctified and hallowed.

4.  Can the blessing of the Sabbath be transferred to another day?

NOTE: Besides circumcision which was given to the Jewish nation, the Sabbath is the only thing that is stated as a sign between God and His people.

6.  What was Jesus’ Sabbath custom?

7.  What did the followers of Christ do on the Sabbath after His death?

“And the women also, which came with him from Galilee, followed after, and beheld the sepulchre, and how his body was laid. And they returned, and prepared spices and ointments; and _____ the ________ day according to the commandment.” (Luke 23:55, 56)

8.  Which day did Paul keep, after Christ death, resurrection and ascension?

NOTE: Some teach that New Testament Christians worshiped on a different day from the Jews; however, this is not true. Jews and Gentiles worshiped on the same day (Sabbath) and in the same place.

10.  According to the Bible, the Sabbath is found between which two days?

NOTE 1: The Sabbath of the New Testament is found between Friday, the preparation day and Sunday, the first day of the week.

11.  How do the wicked treat the Sabbath?

NOTE: Like God, the Sabbath is eternal. We will keep it in heaven and the earth made new.

13.  Do you want to be among God’s people who believe Him and have His Sabbath sign?