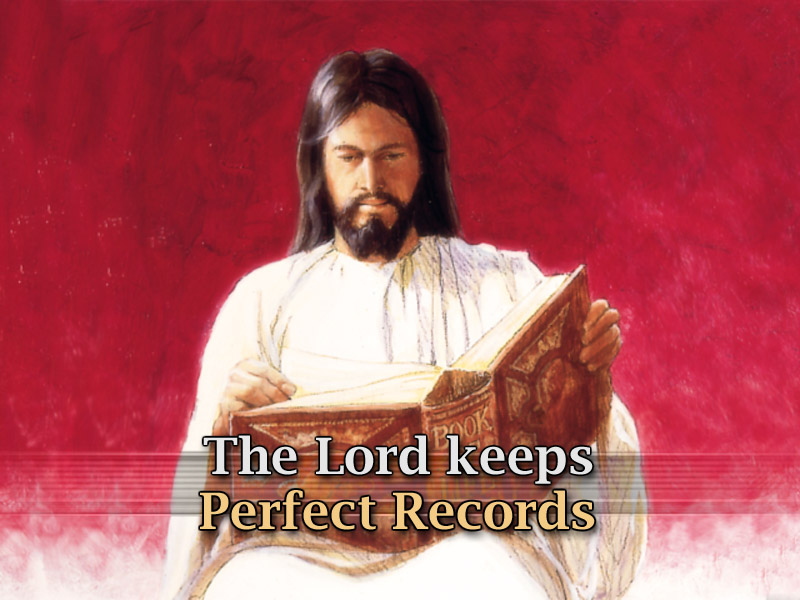 NOTE: This book was perfectly sealed. We will see that this symbolic book contained essential information regarding the destiny of ALL the saved in all ages.

NOTE: No mortal or heavenly Being could do what was required to open the book, or even to look upon it. Some are puzzled when it says “no man in heaven.” Isn’t the Father God in heaven? Why can’t He open the book? John gives us insight to this question. He says, “For the Father judgeth no man, but hath committed all judgment unto the Son” (John 5:22).

NOTE: This book is the record of God’s dealings with mankind. John wept because he knew that the salvation of all depended on someone being worthy to open the book, which was necessary for man to be redeemed. Surely without the Lord Jesus Christ, we would all have nothing else to do but weep over our lost condition.

NOTE: This is none other than the Lord Jesus Christ. He has prevailed for us. He has conquered the devil at Calvary and gotten victory over the grave. He is mighty to save all who come to Him. (see John 6:37; 12:31-32).

“And I beheld, and, lo, in the midst of the throne and of the four beasts, and in the midst of the elders, stood a ________ as it had been slain, having seven horns and seven eyes, which are the seven Spirits of God sent forth into all the earth.”( Rev. 5:6)

NOTE: This is the Lamb of God (John 1:36) and our next of Kin, Jesus (Hebrews 2:14). He came as one of us because only a near kin could redeem us (Lev. 25:48, 49). His sacrifice for our sins is the center of the whole great controversy between Christ and Satan. He was the only One in the universe who could have redeemed fallen mankind. The life of a created being could not redeem others since no other being has eternal life to give. Only the one Who is the source of all life could redeem the fallen race.

Also, the “seven horns and seven eyes” mentioned in verse six refer to the Holy Spirit and His perfect knowledge (eyes) and His perfect power (horn). He sent to mankind in fulfillment of Jesus’ promise to send the Comforter after He leaves. (see John 16:7).

NOTE: Literally, “he came and he has taken.” This is the focal point of chs. 4 and 5—that Christ, by taking the book from the hand of God, does what no other being in the universe can do. This action is possible because of His victory over evil.[1]

NOTE: The heavenly beings break out in an antiphonal hymn of worship as all creation resounds throughout the universe (see on vs. 9–13). We too ought to fall down on our knees and praise the Lamb for having redeemed us with His own blood. Scriptures tells us that one day “every knee will bow and every tongue confess that Jesus Christ is Lord.” (Phil. 2:10). And yes, every means every, even the knees of Satan and the wicked.

“And when he had taken the book, the four beasts and four and twenty elders fell down before the Lamb, having every one of them harps, and golden vials full of odours, which are the __________ of saints.” (Rev. 5:8)

NOTE: All who received Jesus Christ as Lord are “saints” according to the Bible. (See Phil 1:1). Our prayers rise to heaven’s sanctuary where they are heard and answered by God. Our prayers are incense to God, and He delights when His children talk to Him from their hearts.

Ellen White says, “The incense, ascending with the prayers of Israel, represents the merits and intercession of Christ, His perfect righteousness, which through faith is imputed to His people, and which can alone make the worship of sinful beings acceptable to God.”  {PP 353.2} 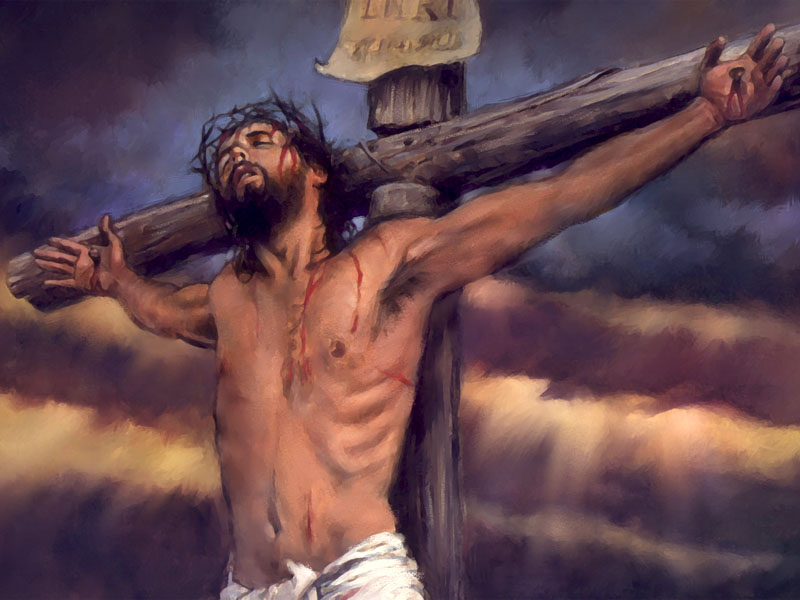 NOTE: We are redeemed by the blood of the Lamb if we have asked Jesus to be our Lord and Savior.  If not, we are left to pay the penalty for sin with our own blood.

NOTE: As kings and priest we have both a tremendous destiny and responsibility. We are to minister to others as priest of God. If we are faithful as priests, then we will share Christ’s throne. (See Rev. 20:4).

NOTE: This is a number that cannot be calculated because we don’t know how many “thousands of thousands” the prophet is talking about. But we do know that there are millions, perhaps billions of angels that are available to help us as the people of God. They are “ministering spirits, sent forth to minister for them who shall be heirs of salvation,” (Hebrews 1:14).

“Saying with a loud voice, Worthy is the Lamb that was slain to receive power, and riches, and wisdom, and strength, and honour, and glory, and blessing. And every creature which is in heaven, and on the earth, and under the earth, and such as are in the sea, and all that are in them, heard I saying, Blessing, and honour, and glory, and power, be unto Him that sitteth upon the throne, and unto the Lamb for ever and ever. And the four beasts said, Amen. And the four and twenty eders fell down and worshipped Him that liveth for ever and ever.” (Rev. 5:12-14)

NOTE: “Songs of triumph mingle with the music from angel harps, till heaven seems to overflow with joy and praise. Love has conquered. The lost is found. Heaven rings with voices in lofty strains proclaiming, “Blessing, and honor, and glory, and power, be unto Him that sitteth upon the throne, and unto the Lamb forever and ever” (Rev. 5:13).  {DA 835.1} From that scene of heavenly joy, there comes back to us on earth the echo of Christ’s own wonderful words, “I ascend unto My Father, and your Father; and to My God, and your God.” John 20:17. The family of heaven and the family of earth are one. For us our Lord ascended, and for us He lives. “Wherefore He is able also to save them to the uttermost that come unto God by Him, seeing He ever liveth to make intercession for them.” Heb. 7:25.  {DA 835.2}

THE GREAT EXCHANGE BECAUSE OF THE CROSS

When Adam sinned, he plunged mankind into servitude to the Devil (Rom. 6:16) and surrendered the lordship of earth to him.  This gave the Devil the authority to represent mankind in heavenly places. So the Scriptures reveal that “when the sons of God came to present themselves before the LORD, and Satan came also among them” (Job 1:6). But all was not lost. When Jesus died on the Cross, He cast out Satan, who had taken Adam’s place among the twenty four elders as the represented of earth. See John 12:31, 33; Rev. 12:10. Upon His resurrection from the grave, Christ reclaimed the dominion that Adam had lost. “All power is given unto me in heaven and in earth” (Matthew 28:18), is what He declaration after reclaiming dominion. This is depicted by Ellen White, “To My Father, and Your Father,” The Desire of Ages, pp. 829-834 and in Revelation 4 and 5.