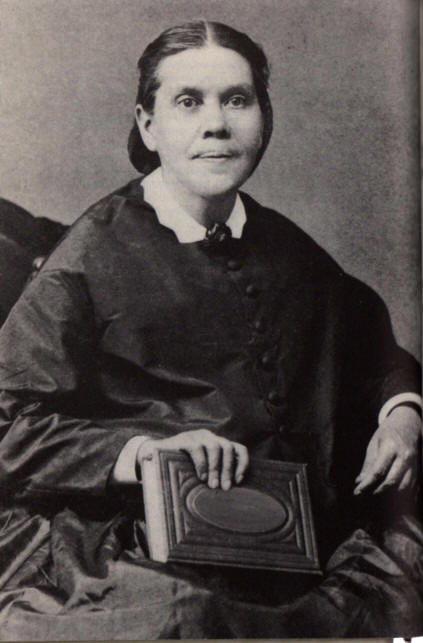 On March 5, 1909, Ellen White’s biographical information form was filled out by her assistant, Mary Steward, as requested for General Conference records. Question 19 asked, “If ordained, state when, where, and by whom.” The line was marked with an “x” indicating that she had not been ordained, just as an “x” was recorded for question 26, “If remarried, give date, and to whom.”

B. Conference Credentialing Records in the Review and Herald

Beginning in 1889, all the workers were listed alphabetically, as well as by territory, with letter codes inserted to indicate whether the worker was (l) licensed to preach or (m) an ordained minister. Ellen White was listed under “General Conference” Ministers only (not “Michigan” or “California”) and an (m) appeared after her name in the directory. She was listed the same way from 1890-1894. No yearbooks were published from 1895 to 1903, however, “Workers’ Directories” were published in the General Conference Bulletin.

In the 1895/1896/1897/1898 Bulletins, Ellen White was consistently listed in the “Workers’ Directory” with the code for “Minister” (m) in the absence of any separate coding for ordained ministers in the directory, as well as appearing in the list of “General Conference” Ministers. In the 1899/1900 Bulletins, the Ministerial Directory listed (m) for ordained minister and (l) for licensed minister. Ellen White was listed with the (m) code, and in the list of “General Conference” Ministers.

In the 1909/1910/1911/1912/1913 Yearbooks, Ellen White was listed in the Ministerial Directory and with Ministers under “Laborers Engaged in General Work Under the General Conference” (with no separate coding for ordained ministers in the directory).

In the 1914/1915 Yearbooks, Ellen White was listed in the Ministerial Directory and with Ministers listed under “General Laborers Holding Credentials From the General Conference” (with no separate coding for ordained ministers in the directory).

In a letter dated Nov. 17, 1935, Dores E. Robinson replied on behalf of W. C. White (Ellen White’s son and Robinson’s father-in-law) in response to a query concerning Ellen White’s ministerial credentials. He wrote: “[W. C. White] tells me that Sister White was never ordained, that she never baptized, nor did she ever give the ordination charge to others.“

From 1871 until her death in 1915, Ellen White was issued ministerial credentials. From 1871 to 1887 she was credentialed by the Michigan Conference, and from 1884 until her death, she was credentialed as a General Conference Minister. On one of the credentials (1885), the word “ordained” is struck through. (In the 1888 Yearbook she was also listed among the California Ministers.) Throughout the years, her name was listed along with ordained ministers rather than licentiates, although her biographical information sheet and the testimony of her family indicates that she did not receive ordination at the hands of church officials.