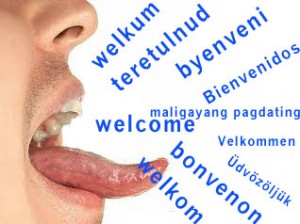 “Sure you can join our church, but you must speak in tongues.” “You don’t!” “Not a problem, we’ll teach you.” “Why is everyone talking at the same time?” “How do you know what anyone is saying?” Sounds crazy, but many churches make modern tongue speaking a requirement for membership. Can someone really teach you to speak in tongues or is it a gift from God? Should the entire church have the same gift and should all the members speak at the same time? Is that how it really works? Let discover the truth from the Bible.

1.  What does tongue mean in the Bible?

“Now these are the generations of the sons of Noah, Shem, Ham, and Japheth: and unto them were sons born after the flood… By these were the isles of the Gentiles divided in their lands; every one after his tongue, after their families, in their nations” (Genesis 10:1, 5, KJV).

NOTE: The word “TONGUE” in the Bible simply means “LANGUAGE.”

2.  Where does the gift of tongues comes from?

“To another miraculous powers, to another prophecy, to another distinguishing between spirits, to another speaking in different kinds of tongues, and to still another the interpretation of tongues.  All these are the ______ of one and the same _______, and he gives them to each one, just as he determines” (1 Cor. 12:10, 11, NIV).

NOTE: Tongues are a gift bestowed by the Holy Spirit.

3.  Is every member of the church given the same gift?

“And in the church God has appointed first of all apostles, second prophets, third teachers, then workers of miracles, also those having gifts of healing, those able to help others, those with gifts of administration, and those speaking in different kinds of tongues.” (1 Cor. 12:28, NIV)

No. The Spirit gives different gifts to everyone so that the church will have all the necessary tools to accomplish the work.

4.  Does a pastor or any other clergy bestow the gift of tongues?

NO! Only the Holy Spirit can bestow it.

NOTE: The gift of tongues only came after the Holy Spirit came on the individuals.

5.  Why did God give the gift of tongues?

The gift of tongues was given to spread the gospel to all people.

NOTE: The disciples were told that they would receive POWER to communicate the gospel to all people, and Jesus commanded them to “teach all nations.” This posed a problem because the disciples did not speak all the languages of the then known world. This could only be accomplished by the supernatural ability to speak different languages.

6.  Was the gift of tongues a heavenly language?

“When the day of Pentecost came, all the believers were gathered together in one place. Then they saw what looked like tongues of fire which spread out and touched each person there. They were all filled with the Holy Spirit and began to talk in other languages, as the Spirit enabled them to speak. There were Jews living in Jerusalem, religious people who had come from ________  __________ in the __________. When they heard this noise, a large crowd gathered. They were all excited, because all of them heard the believers talking in _______ own ___________” (Acts 2:1-6, Good News Translation).

No, it was earthly languages; the native language of people from all corners of the earth.

7.  Which gift was greater: speaking in tongues or prophesying?

NOTE: While the Apostle Paul expresses a desire that all believers should speak different languages, he did not want the gift of tongues to overshadow the less spectacular but more important gift of prophecy. It was through the gift of prophecy that the church would be edified or built up.

8.  Would the gift of tongues last forever?

No. It would cease or be stilled.

NOTE: While the gift of tongues served as a useful function in the early church, it would no longer be needed as men and women of other languages spread the gospel in their native languages.

9.  Do you understand that speaking in tongues was equivalent to speaking in another earthly language?

NOTE: No church has the power to bestow spiritual gifts. Scripture is clear; the “Spirit” determines who receives which gift. Therefore, it is incorrect for any church or leader to demand its members to all have the same spiritual gift.

Jesus had commission the disciples to “Go ye therefore, and teach all nations” (Matthew 28:19). Through the outpouring of the Holy Spirit, He gave the gift of tongues so that His commission could be fulfilled. The Apostle Paul was a good example of this gift. We know from Scriptures that he spoke at least two languages: Hebrew and Greek (Acts 21:40, 37). It was through the gift of tongues that Paul was given the ability to speak many other languages. Paul himself said, “I thank my God, I speak with tongues (languages) more than ye all” (1 Corinthians 14:18). He had to speak several languages because he traveled to many different countries.

Paul’s desire was for everyone to utilize the gifts that they had been given by the Holy Spirit for the building up of the church. The real question then is, “Are you utilizing all of your gifts for the advancement of the gospel?”